In an unprecedented case of life imitating art, pixel artist extraordinaire Pacalin, (aka. Pauline Acalin) shares with TeeFury the story of her journey to experience a modern-day urban legend literally be uncovered and vindicated. So it goes that 30 years ago, Atari discarded several truckloads of E.T. The Extra Terrestrial game cartridges in a landfill in Alamogordo, New Mexico, after the game failed to sell as expected. The mere idea that Atari would dump millions of game cartridges seemed outlandish to many, and over the course of three decades, speculation grew. 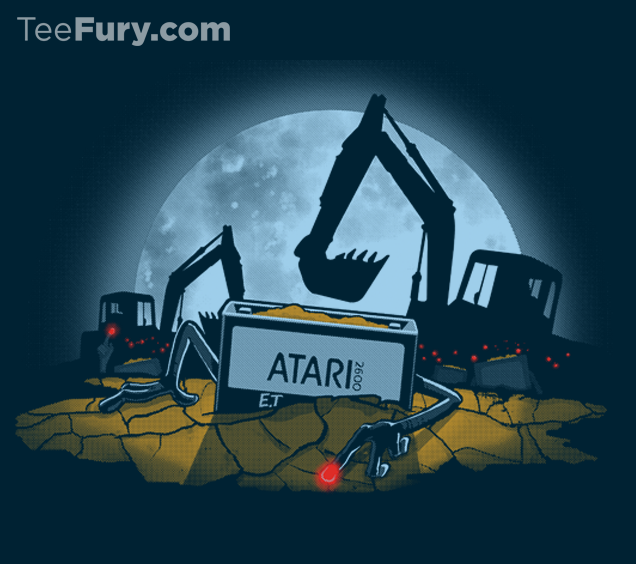 Retro video game aficionado and artist, Pacalin, was intrigued by this myth. It inspired her to create 8-Bit Legend over two years ago. The rendering could almost be described as a premonition, as her piece depicts a desolate landscape being dug up, with all indication of aliens underneath. When Pacalin caught wind that the excavation was given the green light, she packed her bags and headed to New Mexico on April 26, 2014.

TF: Did you think they would find the cartridges?

PA: I did! There’s always more mystique in a legend. Part of me is like, “Aww, we should’ve left it alone,” but since it is for a documentary, it makes sense to find some closure in it.” 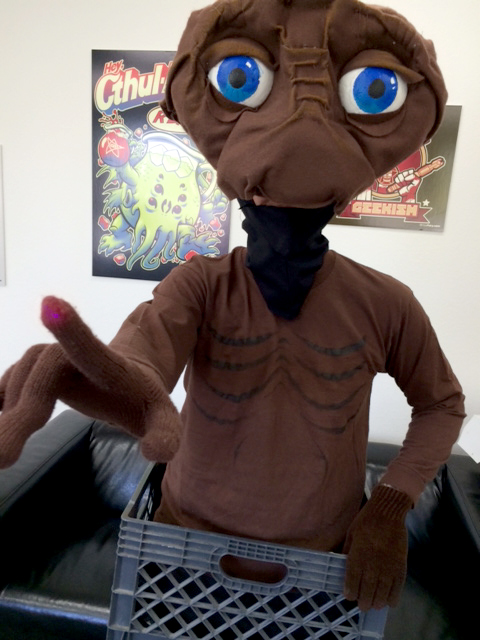 TF: When it was revealed that the excavation would happen, how did Microsoft get involved?

PA: From my understanding it was Fuel Entertainment that got Microsoft and X-Box involved to get the documentary made about this story. The documentary will be launched exclusively on X-Box. 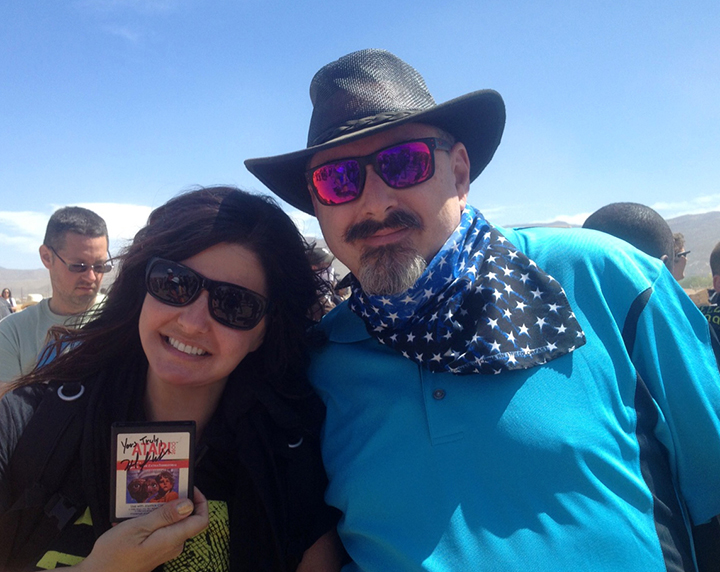 TF: Do you have any idea what Atari’s strategy was in burying all of these games?

PA: It was just over-stock, and the games were being returned. They had nowhere to put them. Over a million cartridges were unsold, and whether or not they were all buried there, I don’t know…but I saw hundreds of cartridges. I also saw Asteroids, Indiana Jones, and Centipede games.

TF: What did the rubble consist of?

PA: It looked like garbage with video games in it. Also, old newspapers from March 1983. It was really cool! Retro garbage! It was so windy. Fifty mile per hour winds and lots of dust covering people. Some of the games were in their boxes. They took some out, and they looked brand new. 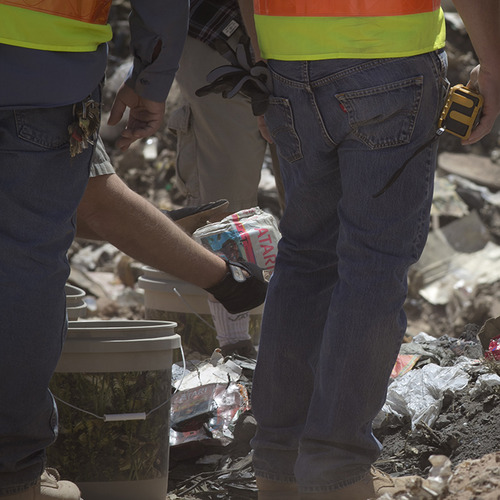 TF: Does Atari or Microsoft have any sort of strategy for these cartridges?

PA: I think some of them will be given away. It would be really neat to get one of those.

TF: Did they approach this dig as an archeological event, or something gimmicky?

PA: Apparently X-Box had an in-house archeologist. I don’t know if he was contracted, or if he was staff at X-Box. You would see the crew digging, and then suddenly they all took out their cell phones and started taking pictures. I got out my telephoto lens, and sure enough, I saw the game box. I got the shot! 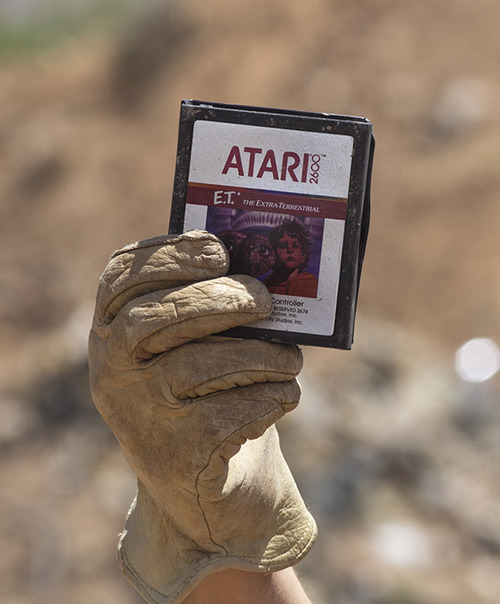 PA: It really is.

TeeFury would like to thank Pacalin for stopping by and sharing her story with us. You can grab 8-Bit Legend today, and also check out our Gallery for her other design, Grid Invader.

*All photos courtesy of Pauline Acalin