Dad jokes, dad bods, dad hats… dad art! This year, we fire up the grill and celebrate dads by sitting down with a few of our fatherly TeeFury artists to see how their love of pop-culture permeates their parenting style.


TeeFury: What pop culture dad do you identify with most?

Danny Haas: Walt Disney. Up until now being a father of only daughters and an artist, I’m incredibly inspired by Walt and his passion to create, and imagine, and open doors that hadn’t been opened. Seeing his failures and rejections and how he never gave up keeps me motivated and moving forward. Peter Banning, Wayne Szalinksi and William Adama get honorable mentions, too. So say we all.

Scott Derby: Jor-El, as I’m hesitant to send my son out into the world, but I know he can “lead them into the light” and hopefully the world becomes a better place because he is in it… or Dr. Evil, as my son is an exact replica of me, only one 1/4 my size…

Dann Matthews: Dan Conner from Roseanne. No contest. I’m not nearly as salt-of-the-earth or handy though. My wife and I will watch the full series (occasionally skipping the final “Lottery” season) and notice more and more similarities.

SpencerB3: The pop culture dad that I most identify with has GOT to be Mr. Incredible. The first reason is that because, well, he’s incredible and the second reason is that he has a life filled with friends, adventures, and most importantly family. And then someday I hope to be Henry Jones Sr.

TF: Do your kids share your love of your favorite fandom?

SpudMunkey: Transformers, Doctor Who, Back To The Future and Comics? He sure does!

DM: No. My daughter never showed an interest in Transformers. But I love learning about her various fandoms like My Little Pony, Five Nights at Freddy’s, Minecraft, and favorite Youtubers.

DH: My daughters love Star Wars and Disney as much as I do, if not more. We explore the parks, we cosplay the characters, and we lightsaber fight until the batteries run out.

SD: My son seems to embrace every aspect of my fandom, from comics and cartoons to (most of) my taste in music like the Ramones and Miles Davis.

JF: My youngest definitely loves comic books and going to comic book conventions along with watching every comic book tv show that has been on. My middle loves Captain America and has a ton of shirts with him on it and a bunch of toys. It is a family tradition for the whole family to go to the first showing of the latest Marvel movie.

SB3: Growing up a geek was much harder than raising a geek. My kids have had a steady diet of Star Wars, Batman, Superman, and the Princess Bride so it’s kinda like I’ve raised my own best friends.

TF: Do you envy/loathe the choices your kids have in entertainment & toys?

DH: I 100% envy the toys and entertainment that my kids have. But I get to buy it all and enjoy it all with them so I can’t complain too much.

DM: Envy! I love that cartoons today don’t talk down to kids. With less episodic shows like Avatar the Last Airbender and Legend of Korra; and incredibly inventive and deep issues explored in shows like Adventure Time – you can tell there was real care taken in creating them.

SM: I definitely envy my son’s choices. He has all the backlog I had as a kid to enjoy, plus relaunches and reboots driven by nostalgia and all the toys!

SD: Both. The toys and media that this generation has access to is amazing. It certainly doesn’t help with maintaining a healthy attention span… Somehow, my son developed a passion for the Power Rangers. It’s not something I got into, as I was already in college when it became popular here in the states. My kid can identify every character, the actor who plays that character, as well as each team from each season of the show, all the way up to the current cast. Side note: My son just had an arm wrestling match with none other than Jason David Frank this past weekend at a comic-book convention. He held his own against everyone’s favorite Power Ranger!

TF: What geeky activities do you and your kids take part in?

DH: My kids love doing art drops with me, and we love dressing as our favorite characters. Other than that, we’re just a bunch of geeks.

SB3: One of the geeky things that we do is to sit around the dinner table and share movie quotes testing our film knowledge. But even better than that, one of our favorite geeky activities is building halloween costumes. Lone Ranger, Belle, Ninja Turtle, Raven, Wonder Woman, etc. There’s nothing more enjoyable than letting your imagination run wild and becoming one of the characters that we love.

SD: My son and I love to play video games like LEGO Dimensions and Disney Infinity, as well as watching any DC animated show or movie. He’s been helping me sort out my comic book collection recently, and he always wants to be the first to open up any packages containing my t-shirt designs so he can grab a “Youth size medium” for himself.

SM: Lightsaber fights at home, watching classic Transformers and TMNT on the tube, building LEGOS, and when I do conventions, he’s cosplayed up head to toe!

JF: I always take my youngest to the local comic convention to let her look around to pick up some comics and some toys. Back when I ran incrediblehulk.com, I had images of all the Hulk toys and collectibles I owned and I tried to use my kids in the pictures when I could. A Canadian tv show did an episode on my Incredible Hulk obsession and my family was all involved with the video. The Hulk is important to me and my family and our experience with the Hulk and my youngest’s liver transplant is a much more detailed story.

TF: What geek-centric values do you hope to instill in your kids?

JF: To be proud of who they are and what they enjoy. Never be ashamed of your geeky side!

SM: With all the fandoms out there, I hope acceptance and tolerance.

SB3: From all of these adventures, and more than anything else, I hope to be teaching my kids that just like the heroes in these stories, we all have something unique about ourselves. That we all are somehow connected to one another in a big extended family, and the better we feel about ourselves, the better we treat each other.

DH: I want them to always try and find the good in people, and to do the right thing when the right thing is the hardest thing to do. I want them to know that failure is not always a bad thing. Good things come from failing. And I want to instill that they can’t stop a moving object by using the force, they will get hit.

We here at TeeFury wish you and your dads a happy Father’s Day filled with curiosity, open-mindedness, creativity, passion, compassion, inclusion & love! 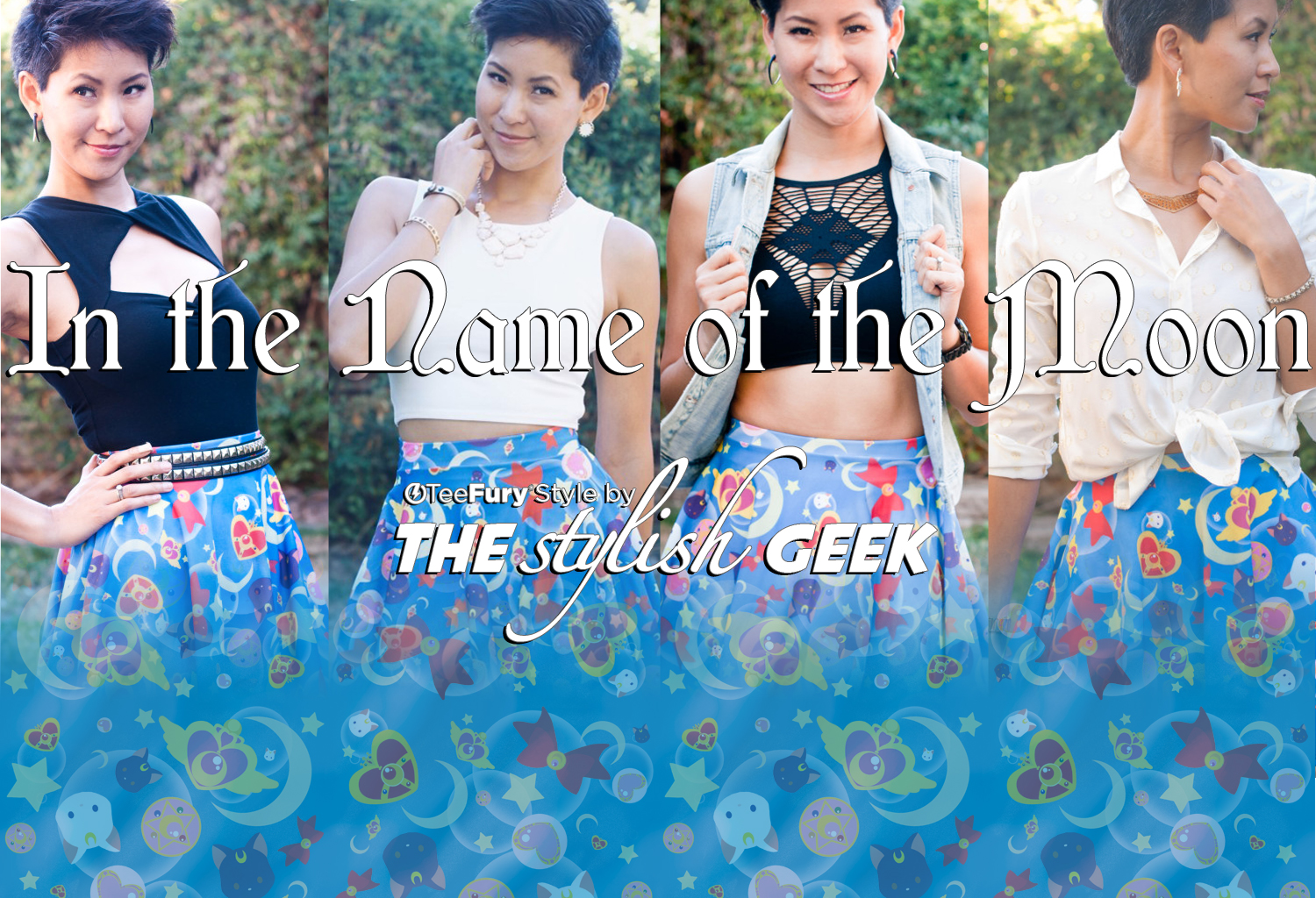 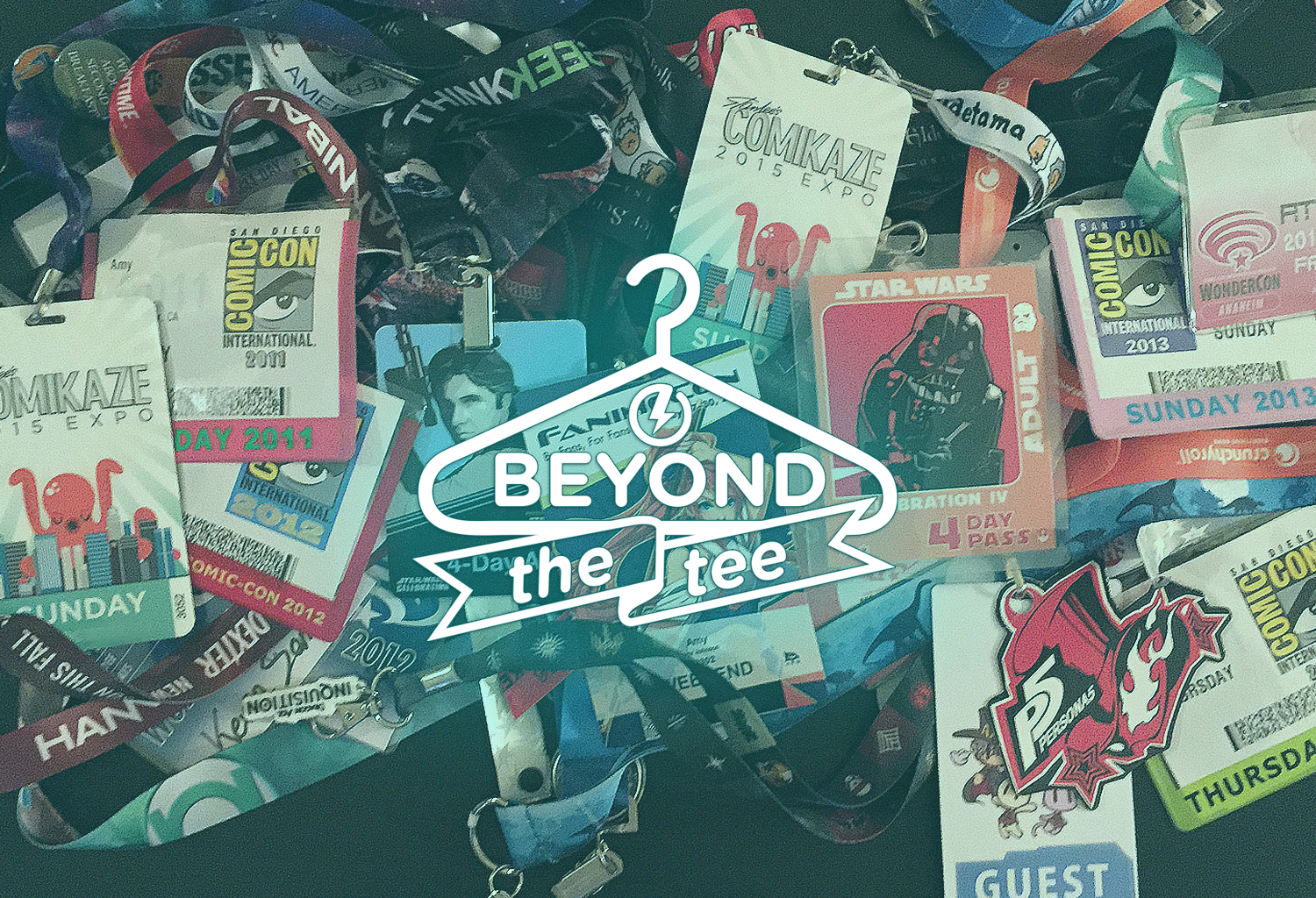